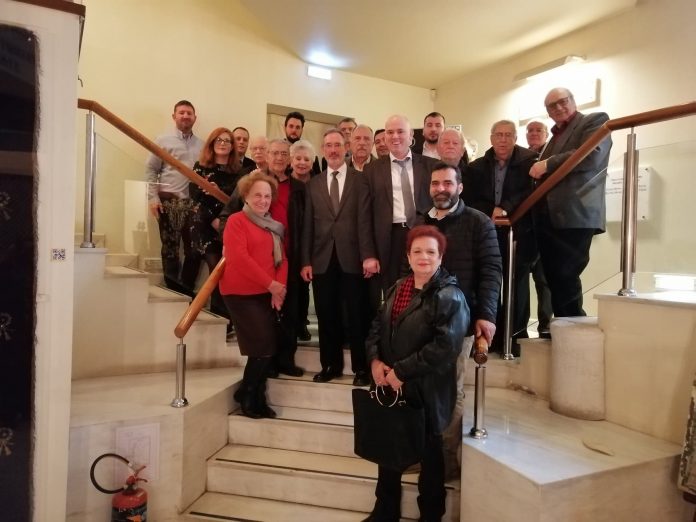 On Sunday 23rd February, 25 members and friends of the B’nai B’rith association “Friends” from the Greek department of B’nai B’rith Europe visited the Jewish Museum of Greece with their honorary guest Mr. Spiegel from Jerusalem. Ms. Anastasia Loudarou, an archaeologist-PhD candidate of Ancient History and Epigraphy and special researcher at the Museum, received the guests and gave them a guided tour through the permanent and temporary exhibitions. The interest of the visitors was particularly warm, while issues related to the archaeological and historical presence of the Greek Jews as well as to the events of World War II and the Holocaust were discussed. At the end of the tour, light meals were offered to selected guests of the association.