Nissim Levis was born in Ioannina in 1875, the fifth child of Davidjon and Hannoula. He was educated in Lausanne, where he finished high school. He then studied at the Sorbonne medical school, graduating in 1899. He remained in Paris for another four years, working at the famous Armand-Trousseau children’s hospital. He adored cars and participated in international car races.

In 1904, Nissim returned to Ioannina, where he lived for the rest of his life, with his father’s family, without getting married and having children. He practiced medicine, honouring the traditional solidarity of the Jewish community of Ioannina, which comprised seven charitable associations.

As a physician, he not only treated patients free of charge one day a week, as other Jewish doctors did, but he provided his services at no cost whenever it was necessary, inspiring the love of all.

He loved the art of photography and took many photographs from the late 19th century until about 1930. His many portraits captured the faces of his beloved relatives at different times and stages of their lives.

He travelled extensively, both in Epirus and abroad, to Italy and France, either accompanied by or to meet his relatives, especially in Paris, where his older brother, Maurice, lived and worked. At the sunset of his life, in 1944, he shared the tragic fate of the Jews of Ioannina.

Through the lens of Nissim Levis

Τhe town and the community

22 May 2020
In the early years of the 20th century, Ioannina was the administrative centre of the western extremity of the Ottoman state, a region replete...

22 May 2020
Nissim was actively involved in the Zionist movement and served as president of “Amele Zion”, the Zionist Federation of Epirus. Also involved were his...

22 May 2020
Matathias David Levis was the head of the Talmudic school of Ioannina in the middle of the 19th century. With his wife, Sarah, they...

22 May 2020
As stated in his obituary, “amiable, gentle in character and always helpful” to his homeland and his coreligionists, Davidjon Effendi Levis “had all the...

22 May 2020
One of the best devices ever produced to project glass slides was the “Jules Richard Le Taxiphote Stereo-Classeur” projector, which hit the market just... 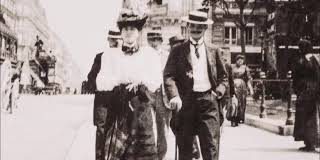 Through the lens of Nissim Levis

22 May 2020
Click here to see the Digital Presentation Back

22 May 2020
At the end of the 19th century, photographic studios began operating in Ioannina to meet the demand from well-off families for sittings. A number...

22 May 2020
All photographs and artifacts from the Photographic Archive and the Collections of the Jewish Museum of Greece, unless otherwise specified. For the loan of authentic...