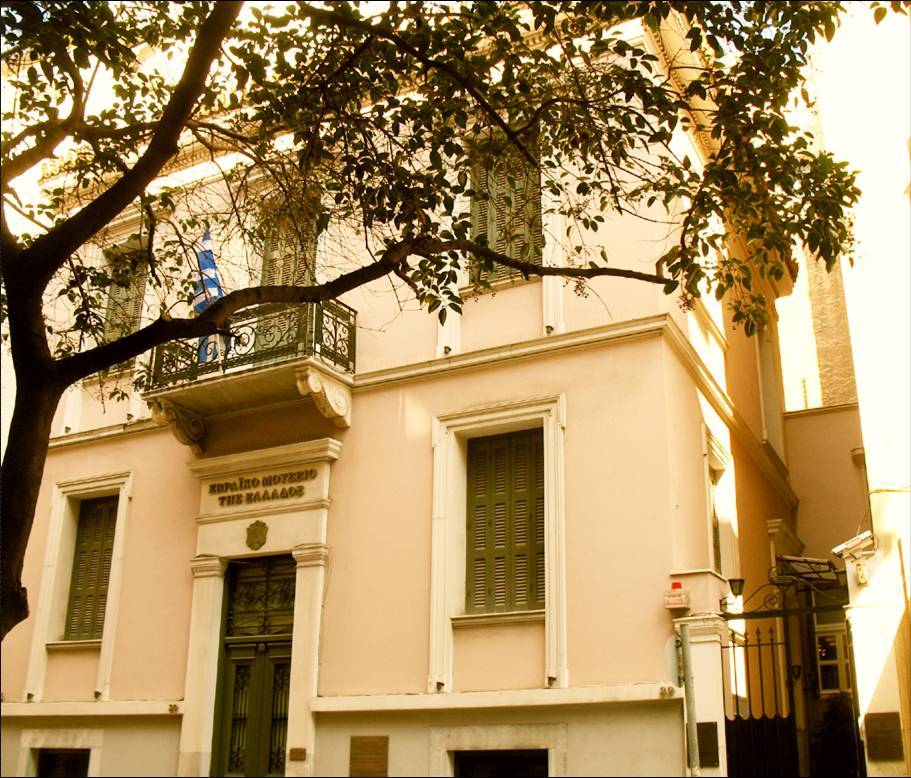 The Jewish Museum of Greece was first established in 1977 and housed in a small room next to the city’s synagogue. It housed objects salvaged from WW II, mainly artefacts, documents and manuscripts of the 19th and 20th centuries, as well as ritual artefacts, documents and jewelry. In late 1997, twenty years after it first opened its doors to the public, the Museum moved to 39 Nikis street, its new address in the center of Athens.

As a historical and ethnographical museum its main interest is to collect, preserve, research and exhibit the material evidence of 2,300 years of Jewish life in Greece, providing the visitors with a vivid picture of Jewish life and culture as it was during those centuries.

The artifacts in the collection of the Jewish Museum of Greece are classified in the following five basic categories: Judaica, the Historical Collection, the Ethnological-Folklore Collection, the Second World War and Holocaust Collection and the Modern Art Collection. The extensive collection of religious Jewish artifacts, known as Judaica, includes objects used in synagogues as well as objects used in private worship. Ritual artefacts and fabrics from synagogues as well as the interior of the Patras Synagogue are displayed in the museum’s basement.

The unique collection of the Jewish Museum of Greece includes more than 10,000 objects, the oldest of which are manuscripts, textiles and tombstones from the 16th and 17th centuries C.E. Clothes and household items comprise the core of the Museum’s ethnographical character and offer a vivid picture of everyday life in the Greek Jewish communities from the mid-18th until the 20th century.

The exhibits are organised in thematic units, starting from the ground floor and taking advantage of the architectural dispensation of the interior. Every unit has its own display case -or cases- and covers a specific subject, relating to the cycle of life, the history and the traditions of the Greek Jews.

To better enjoy the presentation of the digital exhibition, we suggest using the i symbol to view the photo without the caption.

3 November 2020
This level contains exhibits pertaining to synagogue rites. The restored interior of the old Romaniote Synagogue of Patras can be found here. Three of the...

3 November 2020
On this level, the display case shows typical artefacts of the cycle of the Jewish holidays as they are celebrated during the year. In...

3 November 2020
This level marks the beginning of the part of the Museum that is devoted to history, covering the long period from the 3rd century...

3 November 2020
This level contains the area devoted to the Holocaust (Shoah). The subject is examined in four specially designed displays, which cover the events during the...

3 November 2020
This level of the permanent exhibition includes a small sitting room, specially designed to offer the visitor a brief rest, a characteristic example of...

3 November 2020
On this level, the temporary exhibitions of the JMG are housed. The Benrubi Art Gallery was created in response to the public’s desire to...