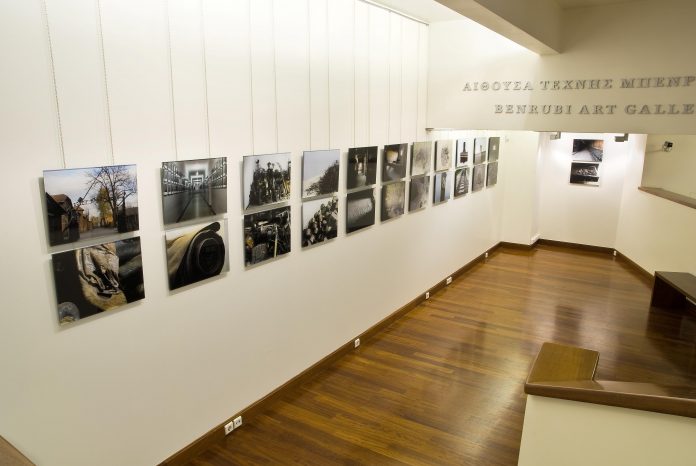 Sylvia is a series of photographs shot in the spring of 2004 in Poland at the Auschwitz, Birkenau and Majdanek concentration-camp sites. Sylvia is my maternal grandmother’s name, an Auschwitz inmate and survivor. Sylvia was also in Auschwitz (her third visit since liberation) while I was shooting, guiding the Greek “March of the Living” delegation through the camp.
Even though this was an emotional visit with a very personal dimension, the photographs document places and spaces that are completely devoid of people and life. I wanted emotions to rise from the difference between the (now) clean-almost clinical-installations depicted in my images and everything we learned from the dramatic visual materials and testimony that subsequently bore witness to the camps. I felt that this “before-and-after” approach (in which I could only capture the “after”) was the only right one for (my sense of) the moment.
I mostly looked for the symmetry and order that made these factories function. I looked for the industrial detail that reveals the thought and detail that went into planning these closed systems, built for specific and inevitable ends. This was a labor, not of love but certainly of obsession, for the administrators, designers, and engineers of these camps. Their diligent fine-tuning of methods and equipment becomes apparent from the silent remains. Daily life and the routine sequence of events in the camps become obvious from the painted signs, as well as from the fingernail scratches on the walls. The images are quiet at first glance but only for a moment. Voices rush in immediately since the brutal energy of these places travels with their depiction, no matter how far. It was clear to me that these were not places for visual acrobatics. Point and shoot: that was all that was needed to capture the haunting aspect of such accumulated pain. The rest is in the mind’s eye. For an artist known to (and used to) depict (and fabricate) fictional characters and situations, this is a very different body of work. But in a place where every pebble is sacred, there was very little to do for the creative part of my brain. Just being there was hard enough.