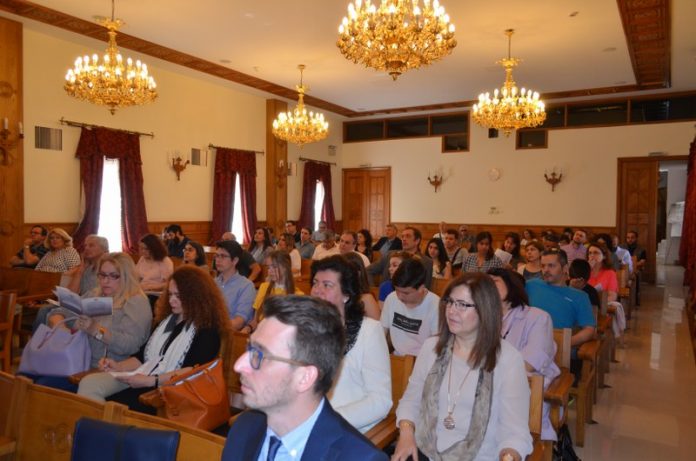 Conference of the Interorthodox Centre of the Church of Greece “Christians and Jews in Greece, a testimony of co-existence”

On Sunday 14th May 2017, a conference was held in the conference room of the Interorthodox Centre of the Church of Greece, aiming at the presentation of the educational activities carried out by teachers, within the framework of the training programme entitled “Knowing and teaching about Judaism through the co-existence of Christians and Jews in Greece”. The programme, which was supervised by the Interorthodox Centre of the Church of Greece and which was under the auspice of the Ministry of Education, Research and Religious Affairs, was an absolute success, as illustrated by the high-level presentations of both the teachers and the students.

The Jewish Museum of Greece participated in the said training programme with contributions of historical and archaeological content, guided tours to the permanent and periodical exhibition as well as relevant educational material which highlights and documents the long-lasting interaction between Jews and Christians from antiquity to today.

The conference was attended, among other eminent guests, by Mr. Gabriel Negrin, the Wise Rabbi of Athens, by Mr. V. Albala, Vice-President of the Central Board of Jewish Communities in Greece, by the Eminent Metropolitan of Thermopylae, Mr. Ioannis, Director of the Interorthodox Centre, by Mrs. Frank on behalf of the Embassy of the Federal Republic of Germany in Athens and others.

The event was welcomed by Mr. G. Kalantzis, General Secretary of Religious Affairs and Mrs. Zanet Battinou, Director of the Jewish Museum of Greece.

The Jewish Museum of Greece expresses its warm congratulations to those in charge and to all who participated in the programme, for the smooth running of both the programme and the workshop, and looks forward to equally successful future collaborations.