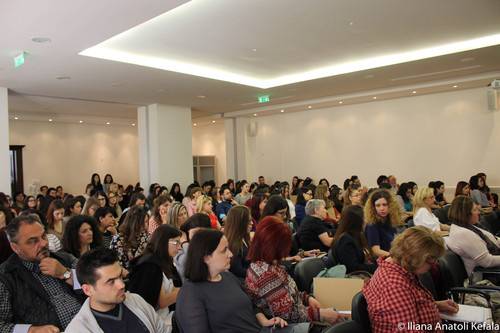 “Childhood in troubled times. Moving Children from Northern Greece during the Occupation and the Civil War”.

The Educational Department of Primary Education and the Department of Preschool Education at the School of Educational Sciences of the Democritus University of Thrace organised a Scientific Conference entitled: Childhood in troubled times – Moving children from Northern Greece during the Occupation and the Civil War, with the collaboration of the Jewish Museum of Greece (Athens) and Wierner Library (London).

Generally speaking, the historical and educational meeting was successful and constructive.

“The Jewish Community of Ioannina – A Journey Through Time”