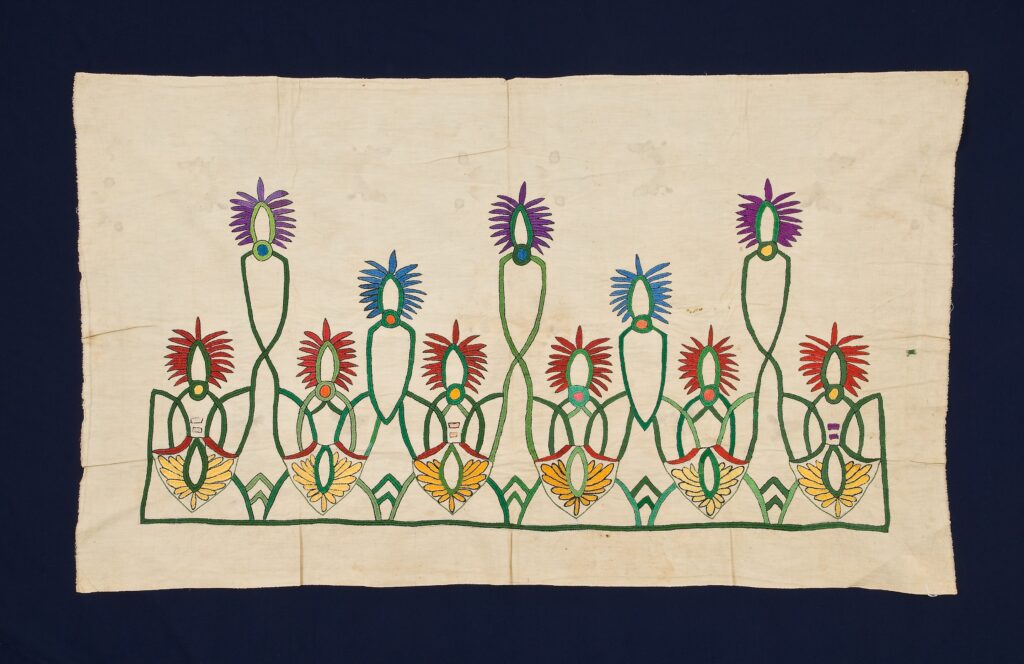 Some of the Jewish customs of Corfu comprised specific characteristics, owing to the multicultural environment of the island and the close cohabitation of various communities of different roots and religions.

On the festival of Purim, liturgical poems, the piyyutim, were recited in the local idiom or even sometimes in Aramaic. Then the Megillah, the biblical story of Esther, was read. The silver Esther scroll cases from Corfu have a particular shape, with a short cylindric body decorated with filigree, probably a Venetian influence. According to another custom, the bride presented the groom with a Megillah on the first Purim after their marriage.

Another particular custom was the baking of “matzot” (unleavened bread) during Pessach in different shapes and lace patterns. Frosa, a sweet of Western origin made of honey, eggs and almonds, garnished with meringue, was also prepared. After the Pessach celebrations were over, another sweet was made of dough and almonds, named pisti, this one being of Ottoman origin (tezpişti).

Among the customs peculiar to the Jews of Corfu was the celebration of the third night after a birth, when the Three Fates were believed to visit the child and pronounce its destiny. Gold coins and rue sprigs were placed in the baby’s crib, and visitors were treated with kukkudi, a dish of boiled wheat, pomegranate and currants. This feast was called the Moirai (“Fates”). The game of knucklebones (“astragali”) had also survived in its ancient Greek form among Corfiot Jewish children.

Corfiot Jews were particularly progressive in the 1930s and under Rabbi Yaacov Nechama, they started holding bat mitzvah ceremonies for girls, corresponding to the boys’ bar mitzvah. According to the testimony of Nata Gattegno-Osmo, this was performed as an equivalent to the confirmation ceremony of Catholics, so that young Jewish girls wouldn’t feel different.