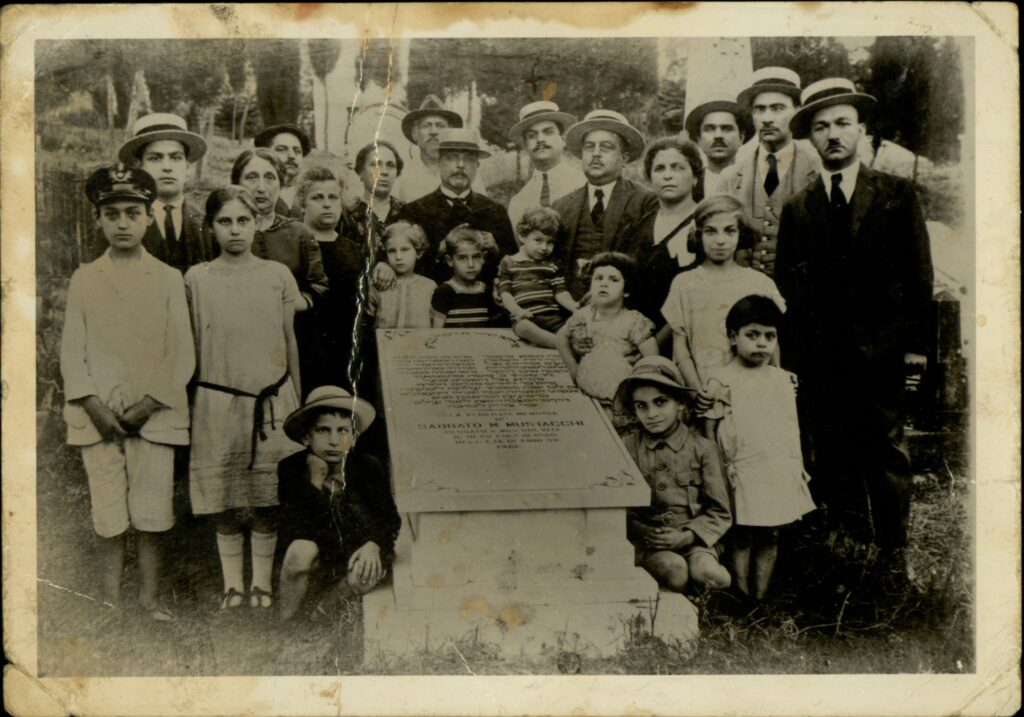 The lack of archival material leaves many questions unanswered on the history of Corfu’s Jewish cemeteries, especially concerning modern times.

The old Pugliesi cemetery was located in the Sarokou area, near Platytera Monastery. The Venetians transferred the property to the Sephardi community in an exchange of land in 1502.

The Greci cemetery was situated on Avramis Hill, towards the New Fortress. It had been granted to the Romaniote community by the Venetian Field Marshal Johann Matthias Reichsgraf von der Schulenburg, in recognition of their contribution in repelling the Ottoman siege of 1716.

The fact that relations between the Greci and Pugliesi were not always harmonious was also reflected in the use of the separate cemeteries, with the members of each community being exclusively interred in their own cemetery. A disagreement from 1897 is quite characteristic. The body of a Jew from Edirne, named Eliaou Menachem, was taken to the Greci cemetery for internment, but the Pugliesa cemetery maintained it had the right to bury him as he was a foreigner. A special agreement was subsequently negotiated, according to which all Jews from the West would be considered as Pugliesi and those from the East as Greci and, accordingly, would be interred in the respective cemeteries.

By 1930 only the Avramis Hill cemetery was still functioning. According to a testimony, it remained in operation until at least 1949. It was finally destroyed in the 1950s when a hospital, a kindergarten and some schools were built on the site. How exactly it was “transferred” by the community to the municipality remains unclear. Similarities, however, with the Jewish Cemetery of Thessaloniki are evident, given the strong antisemitic current in both cities and the efforts of local authorities to Hellenise them under the pretexts of “health” and “beautification”, a fact supported by the few existing archival sources.