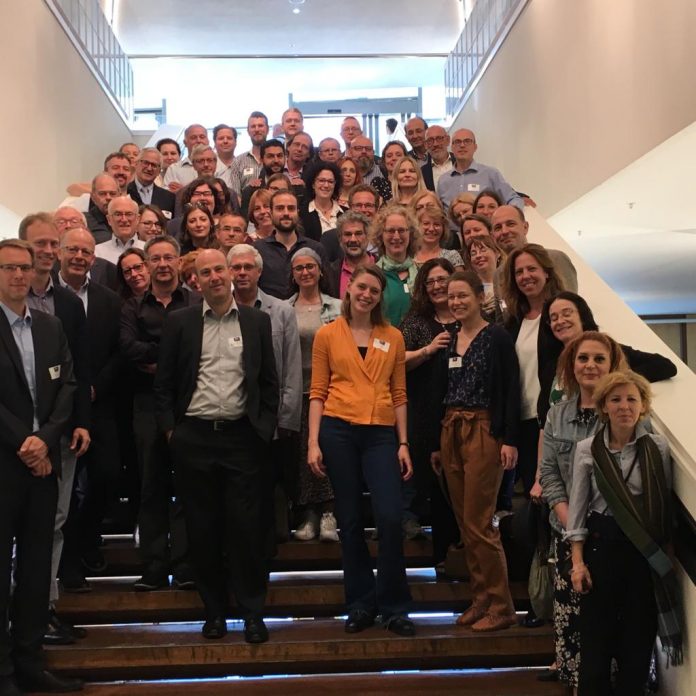 In recent years digital practices have had a profound effect on Holocaust Studies. From its start in 2010 the European Holocaust Research infrastructure (EHRI) has not only been stimulating, but also monitoring and studying this development (in e.g. conferences and workshops). Against this backdrop the conference Holocaust Studies in the Digital Age, What’s New? explored how digital technology influences contemporary Holocaust research in its broadest sense. Is the research field undergoing a digital transition that profoundly changes its nature?

Then, on 3 July 2019, EHRI organized a major international conference that marked the conclusion of the second phase of the ongoing project. The conference was open to anyone who was interested in Holocaust Studies, its latest developments and impact on society. The conference Holocaust Studies and its Social Setting: Challenges and Trends focused on the importance of EHRI’s human network and the public dimension of Holocaust Studies. Renowned Holocaust researchers and policymakers, such as Wendy Lower, Dieter Pohl and Katharina von Schnurbein, spoke at the conference, discussed EHRI’s achievements and reflected on the interaction of Holocaust research with society at large. The programme included keynotes, round table discussions, a video presentation and a music performance. Many former EHRI fellows and workshop participants, as well as all EHRI’s partners, attended the conference and relate their first-hand experiences.

Finally, on 4 July 2019, the EHRI General Partner Meeting took place at the Public Library of Amsterdam. The Jewish Museum of Greece -a consortium EHRI ΙΙ partner was represented by the JMG Director, Ms. Zanet Battinou, who led one of the interactive consortium sessions and Ms. Anastasia Loudarou, Archaeologist – MSc., Phd cand. and JMG Researcher.