On Friday, 5th October 2012, the Hellenic Ministry of Foreign Affairs organized a one day seminar entitled “Never, ever, be a bystander” at the “Yannos Kranidiotis” Auditorium. The aim of the seminar was to present the initiatives undertaken by Greek governments on issues dealing with the Memory and Education of the Holocaust in our country. The seminar proceedings opened with their inaugural speeches, Ambassador Vassilis Kaskarelis, Secretary General of the Ministry of Foreign Affairs, Mr. George Kalantzis, Secretary General of the Ministry of Education and Mr. Jan Deboutte, Belgian Chair of the International Task Force for International Cooperation on Holocaust Education, Remembrance and Research (ITF).
Mrs. Photini Tomai – Constantopoulou, Head of the Greek Delegation of the ITF and Chair of the National Committee for the Greek Exhibition at Auschwitz – Birkenau State Museum, presented a keynote speech on Greek legislation and relevant measures undertaken by the Greek State towards keeping the Memory of the Holocaust alive, while in the second session she discussed the historical context of the implementation process of the Greek Permanent Exhibition at Auschwitz – Birkenau State Memorial Museum in Poland.
Mrs. Zanet Battinou, Director of the Jewish Museum of Greece (JMG) and National Delegate to the ITF, after a brief introduction of the history of the Jewish Museum of Greece, she presented the educational programs, exhibitions, and research activities of the Museum, which are directly linked to the Remembrance and, most importantly, the Education on Holocaust in Greece. Special emphasis was given to the temporary and travelling Holocaust exhibitions, designed and implemented by the JMG, and to the annual educational seminar, addressed to educators from all school levels, under the title “Teaching about the Holocaust in Greece”. In her next session, Mrs. Battinou presented via a slideshow the -under development- National Exhibition at Auschwitz describing the general historical content and architectural design of the exhibition, while at the end of the session the participants had the opportunity to view a 3D virtual presentation of the Greek Exhibition.
Last but not least, Mr. Yiftach Meiri, Educator in charge of the European Division of the International School of Holocaust Education at Yad Vashem, made a brief but poignant presentation on the significance of teaching about the Holocaust and the link between the teaching process and the basic values of human values and rights, while he also made reference to the education of Greek School Teachers at Yad Vashem, a collaboration of the International School with the Jewish Museum of Greece.
In the framework of this one day seminar, two exhibitions were organized by the Jewish Museum of Greece, “Hidden Children in Occupied Greece” and “The Holocaust of Greek Jews, 1941-1944”, and were inaugurated at the foyer of the Ministry of Foreign Affairs by Mr. D. Kourkoulas, Deputy FM. During the coffee break the seminar participants had the opportunity to visit the exhibitions.
The closing discussion that marked the end of the conference was coordinated by Mrs. Tomai – Constantopoulou, while the moving film, under the title “The Greek Revolt”, October 7th 1944, a production of the Ministry of Foreign Affairs (Service of Diplomatic and Historical Archives) was screened for the seminar attendees. 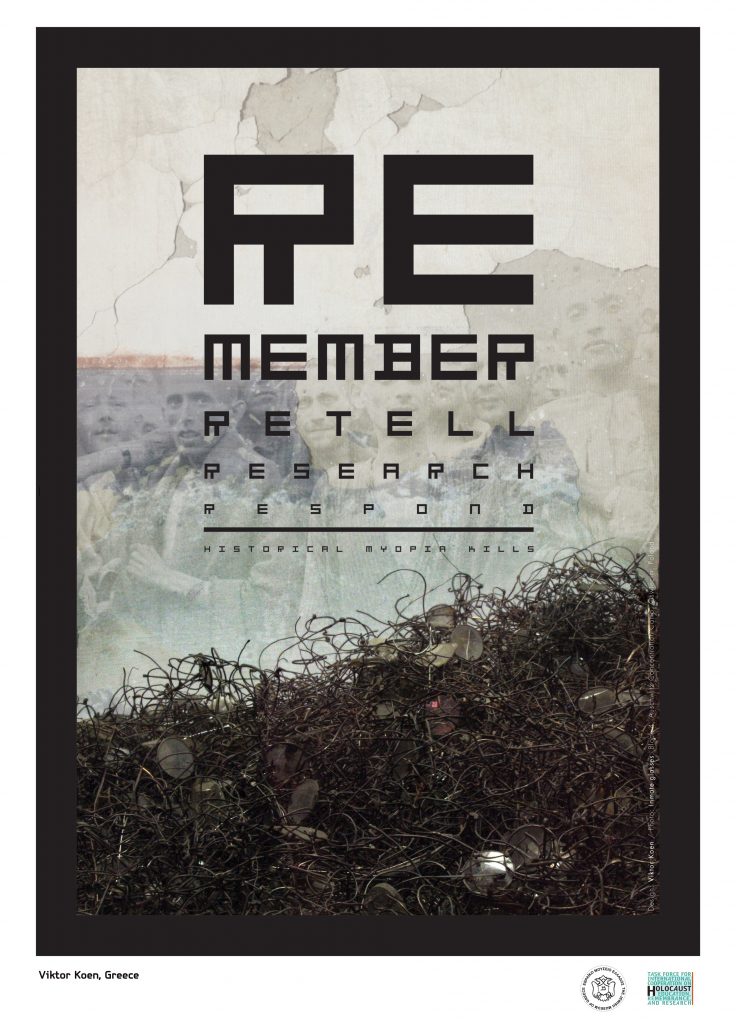