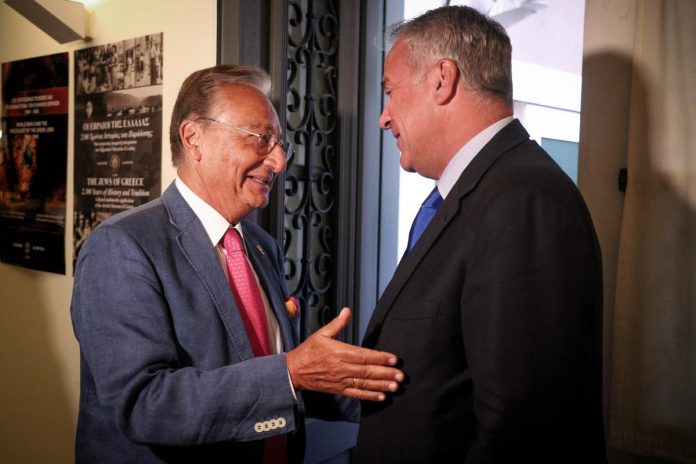 On Monday July 22, 2019, the Minister of Rural Development and Food, Mr. Makis Voridis, visited the Jewish Museum of Greece. He was accompanied by his associates as well as by Mr. Benjamin Albalas, Vice-President and Mr. Victor Eliezer, General Secretary of the Central Jewish Board.

The Minister was received by Mr. Samuel (Makis) Matsas, President of BoD of the JMG and the JMG director, Ms. Zanet Battinou. After the end of the guided tour in both the permanent and the temporary exhibitions, the attendees had a short conversation during which the Minister was informed on the Museum’s educational and researching programs as well as on its cultural mission.