Music Publications of the JMG

Title: Romaniote and Sephardic liturgical hymns Moshe Halegua and Samuel Cohen
Recording and direction: Sakis Negrin
Production: The Jewish Museum of Greece through the kind sponsorship of Mr. Samuel Matsas, President of the Board of Directors of the JMG.

It was, I believe, in the autumn of 1997 that I finally decided to make this jourey. I had made a volyntary commitment to myself to go and meet Moshe Halegua, veteran rabbi of Thessaliniki and immortalize him in recordings of typical hymns from a number of different jewish festivals. The recording was actually done in a room at the City Hotel and making it was sheer pleasure from beginning to end with o exceptions. When I had set up the eight channel console, boom and microphone and settled the rabbi into the best place, I asked him to start with whatever he saw fit. With slow but steady movements he produced a small white “Kippah” and put it on carefully. Then he took a couple of books out of a plastic bag he was holdingand started turning the pages. Eventually he closed the books, placed them on the arm of the chair, leant back slowly, closed his eyes and started to sing. I consider myself very fortunate to have met Moshe Halegua, albeit at the eleventh hour, to have gained his confidence and immortalized his distinctive, full voice, with its oriental colour and flawless transition from note to note in the musical avenues of the east, of which he had a profound understanding. The whole of the jewish community in Greece, and the Sephardic tradition in particular, is so much poorer without him.

Samuel Cohen has always been a pious, polite, sensitive person and an invaluable asset to the jewish community, which he served for many years. That amazing man with the golden voice, whom I was fortunate enough to meet and record singing some of our most beautifyl hymns in the way that our parents would have sung them in the synagogue of Ioannina. Samuel and I were both eager to produce this recording. So in the spirng of 1998, I packed my recording equipment and went up to Ioannina, where we made the recording. On the first day, we recorded the Haggadah and on the second day, the hymns from the great jewish festivals in this collection. His rendition of the Romaniote service in most melodic and most authentic at one and the same time. The recording is expressive and respectful in its interpretation of the hymns and is marked by clarity and authenticity in the way it conveys the charactristic sounds of the Romaniote idiom. I feel grateful that I was able to contibute to immortalizing his voice and the wealth of melodies to which he lent it. – Sakis Negrin 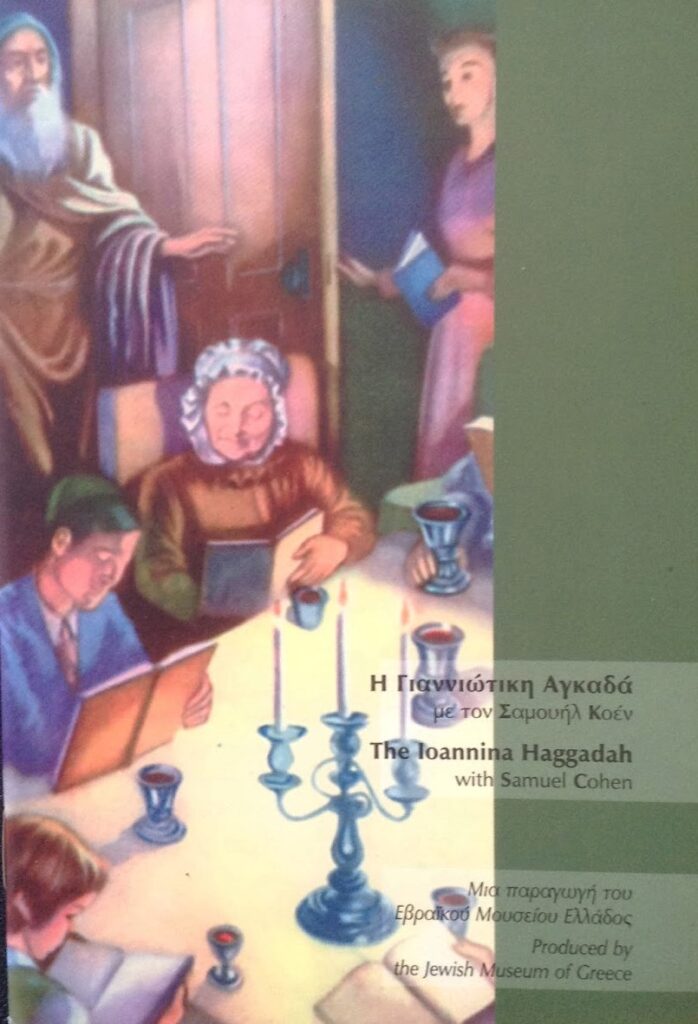 All over the world the language of the Haggadah is, and always has been, Hebrew, even though the accent may differ from place to place, because of the idiom of the local language. On rare occasions, however, it has been known for the Haggadah, and parts of the Synagogue ritual, to be given in the language of either the place of origin or the place of abode. The tunes of the Ioannina Haggadah bear a direct relationship with the Byzantine Melos. The Byzantine scales are easily distinguishable features of these tunes, as are the rhythmic patterns, the persistent and sometimes monotonous repetition of a motif, and the absence of polyphony. Treasured “parnass” and official of the Ioannina Synagogue, Samuel Cohen, with his clear and moving voice, has provided a small but ineffaceable specimen of the Romaniote tradition, lending it immortality and imperishable timeliness. For many years now, Samuel Cohen, a respectful, kind and sensitive man, has voluntarily given his multifarious services to the community he loves. As well as the Haggadah, he has rendered excerpts from services in celebration of the great Jewish festivals, most noted for the rare beauty of their melodies and their inestimable value, as music and folklore. 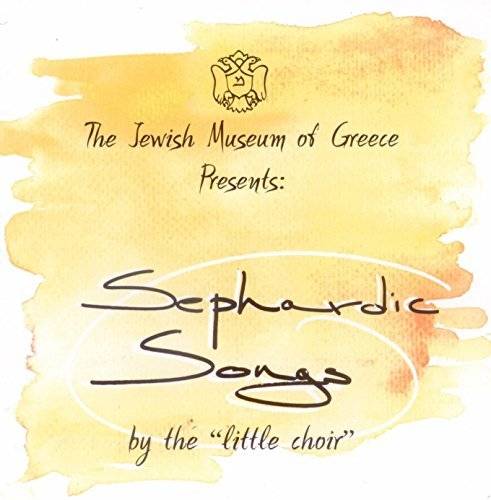 The “Little Choir” originally consisted of a group of friends who had previously been key members of the “National Metsovio Polytechnic Mixed Voice Choir and Orchestra”. Its repertoire included quality Greek songs, traditional, foreign, jazz and classical songs arranged for choirs of four mixed voices. The choir gave many performances in various Greek cities, but also made many studio recordings of its repertoire. The “Little Choir” sang Sephardic songs at several performances during the Sepharad events of 1992 commemorating the 500th anniversary of the expulsion of the Jews from Spain.