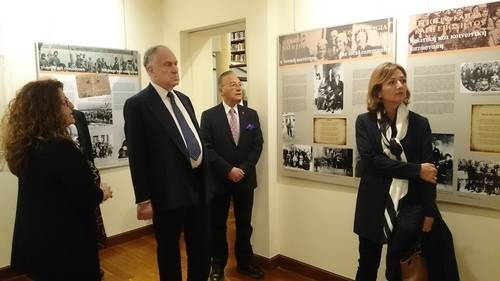 Mr. Lauder was shown around the J.M.G.’s permanent as well as the periodic exhibitions by the JMG’s director, Mrs. Zanet Battinou, and he expressed particular interest in the exhibited, impressive outfits from the Community of Ioannina as well as in the works of the great poet Joseph Eligιa. After the tour, Mr. Lauder had a short conversation with the people present, during which he was informed on the museum’s special programmes regarding education and the memory of the Holocaust, the museum’s international collaborations and the J.M.G.’s research work, for all of which he expressed his satisfaction and admiration.