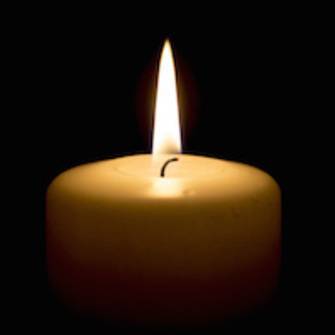 We were saddened to learn of the unfortunate loss of Mois (Maurice) Yousouroum who passed away on Monday 26 November 2018.

Mois (Maurice) Yousouroum hails from a historical Greek Jewish family. His grandfather, Bochor, came from Smyrna to Athens in 1860 and opened an antique shop on the corner of Karaiskaki and Ermou streets. Ever since, that part of Monastiraki has borne the Yussuroum name. In 1913, a son of his, Noah, went to Thessaloniki, where he married Mazaltov Habib from Athens, who had followed him there. There, Isaak and Leon were born. In 1917 the couple returned to Athens, bought a house in the centre and gave birth to four more children: Moissis or Mois (1920), Iakovos, Djoyia and Sterina.

Mois finished the 9th Boys’ Gymnasium (high school) and studied dentistry at the University of Athens. During the Greek–Italian War, he served in the Red Cross as an anaesthetistand took part in the Battle of Crete in Herakleion sector, along with his brother Iakovos. He joined Resistance very soon and in the capital, he spearheaded the creation of a Jewish group within EAM, mainly comprised of students. After taking to the mountains around Athens (September 1943), he went to Dervenochoria in Mt. Parnitha and received his baptism of fire during the German sweep operations in October. He joined ELAS as “Yiorgos Gazis” and served in the Parnassida Battalion in Fokida, while Iakovos joined the neighbouring 36th Regiment. In January 1944, under orders from the V ELAS Brigade, he was transferred to the Peloponnese and was placed in the 6th (Corinth) Regiment. There, the most important phase of his life in the resistance began. Thanks to his organisational skillsand education, he was assigned the responsibility for the entire coastal area. He set up an advanced resistance outpost, maintaining bases in Zarouchla and Akrata. He formed a mobile unit that collected intelligence, destroyed telegraph poles and railway lines and set up telephone lines with the mountain villages. That summer, he established a permanent ELAS headquarters in Lykoporia (F8).

After the Germans carried out their last search-and-destroy operation in August, the regiment liberated Corinth. When ELAS surrendered its weapons in February 1945, he returned to his neighbourhood, Thissio. With the same sense of duty shown during the occupation, he fought with the Greek Army in the Civil War (1947–1950) and was decorated with the Silver Cross of Valour and the War Cross. He lived in Athens till his death.

He was a fervent supporter of the work of the JMG. His personal testimony is part of the JMG’s Oral History Archive, furthermore donated a number of important objects and family heirlooms. He contributed morally and materialy to various Museum’s exhibitions and educational activities.

The JMG honours his memory and considers his valuable offer, a source of inspiration and strength for the continuation of its research and cultural work.

We would like to express the sincere sympathy of the board and staff of the Jewish Museum of Greece to his bereaved family.