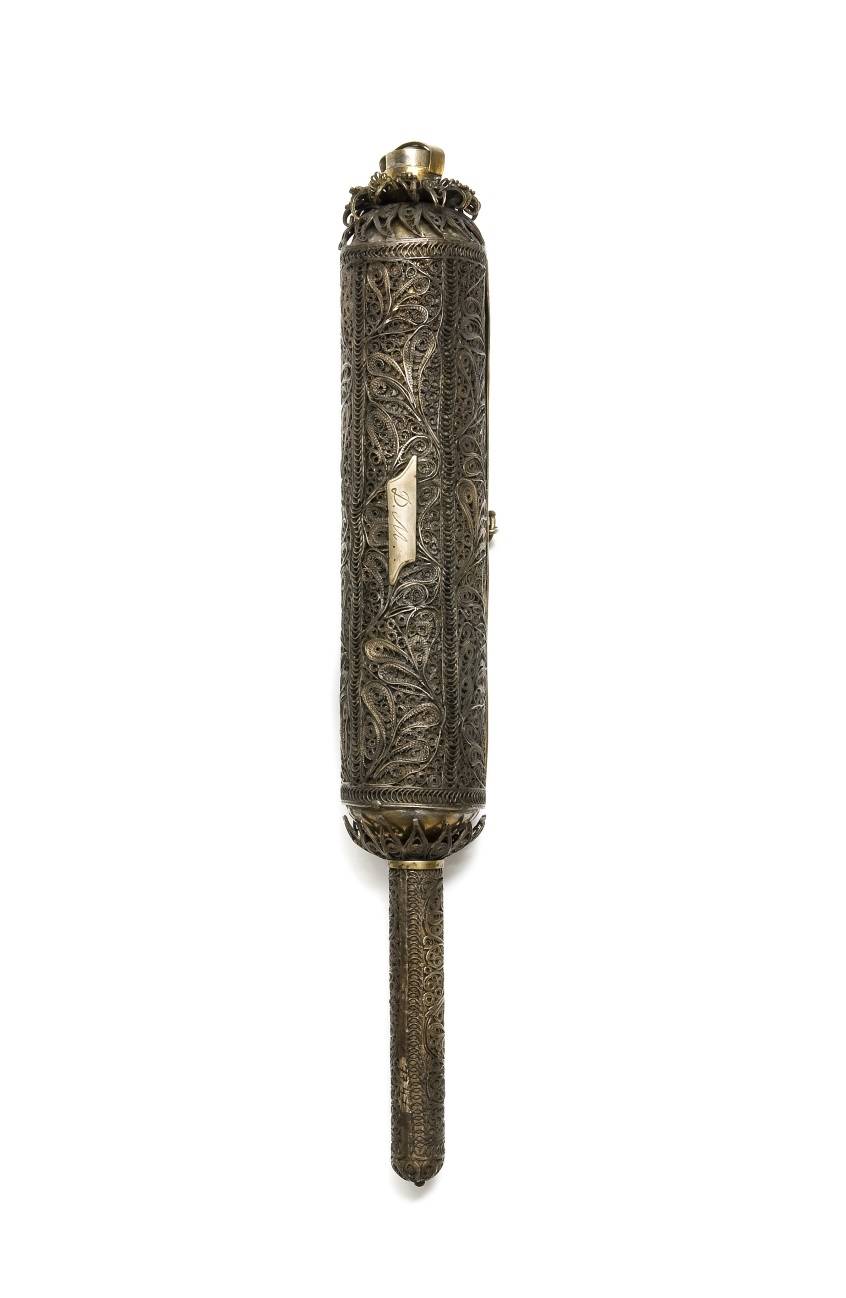 Among the unique JMG collection of Esther Scrolls, there is this Megillah case decorated with silver filigree and provided with a small plaque, bearing the initials of its former owner, David Moses. This is non-other, than the well-known Rabbi David Angel of Larissa. In 1833, he was married to Gracia, daughter of Salonica-born Rabbi Shemtov Amarillio, who was the Chief Rabbi of Larissa in the first half of the 19th century. By the 1850’s, David Moses Angel succeeded his father-in-law in his office. A Megillah, which contains the biblical story of Queen Esther and is read during the Purim festival, was traditionally bestowed by the bride’s father to the groom on the first Purim of the couple’s joint life.