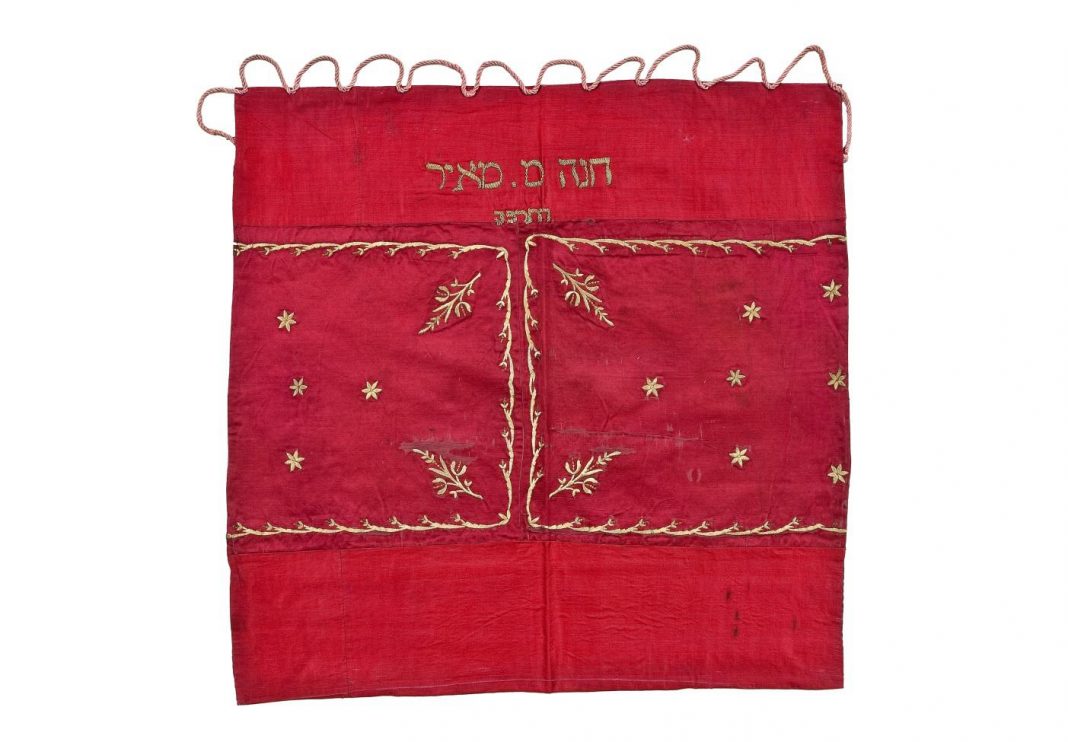 The bride’s trousseau in traditional Greek-Jewish families of the 19th century included a set of gold embroidered articles to be used throughout their lives in ceremonial life cycle occasions. However, some of these cherished heirloom items were singled out and adapted to be dedicated to the synagogue. Hannah Meir from Trikala chose in 1922 a precious cushion cover from the late 19th century, cut it in half, possibly to remove a damaged piece in the middle of the item, and arranged it anew so that it would become the central section of a Mappah, a wrapper for a wooden Torah case in the Romaniote synagogue of her home town. To perpetuate her name, she added a meticulously done dedicatory inscription in the top centre of the textile.