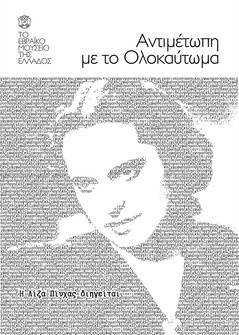 She was 27, married, and running a fur shop in the Greek city of Thessaloniki when she was deported to Auschwitz in April 1943. Lisa Pinhas (1916-1980) lost over 100 relatives in the Shoah. Her pledge to save her younger sister, Marie, and to be a witness if she managed to escape from hell gave Lisa the power to survive. Auschwitz, Birkenau,  death  marches, Ravensbrück, Rechlin, Malchow,  liberation in 1945, and then only to return  to a city that had shed no tears for her and  her co-religionists who had perished in the  camps. In the postwar period, Lisa carried her trauma, anger, guilt and despair with dignity and wisdom as she took up leadership roles in the areas of Holocaust compensation, remembrance, and education.  To learn is to remember was one of Lisa’s credos. For 30 years, she wrote and re-wrote her memoir, an unadorned testimony of hell and the ways in which humanity was almost extinguished in the universe of the camps. Lisa’s terrifying story – the slow extermination of detainees through hard labour, medical experiments, acts of sadism, sexual abuse, illness and starvation famine, while corpses of gassed victims were burned in the crematoria – is told conscientiously and courageously. This account has a rare quality of moral honesty. Lisa tells the story of herself and millions of others, who fought to preserve their humanity while making painful compromises to keep themselves alive for one more day. Her appointment to the Kanada Kommando, a warehouse where the belongings of gassed Jews were sorted for shipment to Germany, was a mixed blessing. At the risk of death, Lisa stole and traded precious items for food and medication.  In the 1980s, Lisa’s niece, Nana-Mazaltov Moissi, deposited the unpublished manuscript in the museum’s archive and her testimony is being published in three languages.  In an era of increased antisemitism and racism, Lisa Pinhas’ gripping account of the camps, as well as her postwar story, are indispensable and timely contributions to our understanding of the victimisation, survival and postwar normality experienced by Jewish men and women. As the few remaining eyewitnesses pass away and the deeply troubling hatred against the Jews persists, a call Lisa made in 1970 – “REMEMBER… DO NOT ALLOW OBLIVION” – acquires a new meaning and urgency.