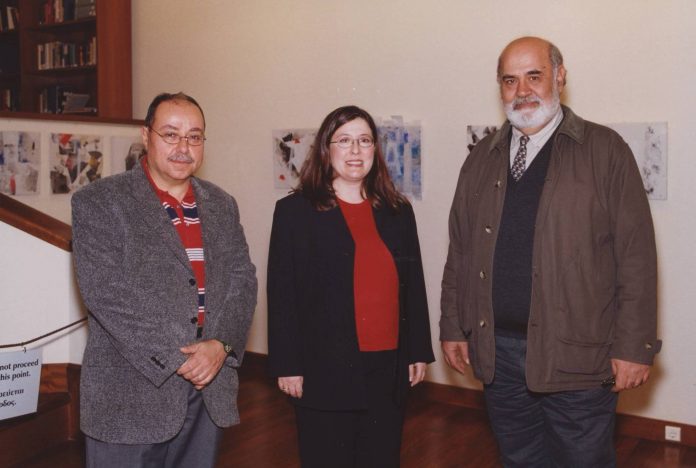 The opening ceremony of Samis Taboh’s painting exhibition “Kaleidoscope of Memory” took place on December 4th, 2002, at the Museum’s Contemporary Art Gallery. A child of Auschwitz survivors, Taboh could not help being affected by the heavy shadow of the Holocaust. The 17 works of the exhibition refer to it, prompted by the infamous motto on the death camp’s gate “Arbeit Macht Frei”, which means “Work Liberates” and whose tragic irony marked the end of so many lives. The three words are painfully spelled, letter-by-letter, from painting to painting, ghostly traces on plain, white surfaces. Rarely does colour invade the canvas, in the form of a collage of torn and crumpled scraps of paper, thickly covered in black or gray paint, which shape a landscape fragmented like “the memories of relatives I never knew, since they never came back from the camps,” says the artist.