On 28th November 2006 his Excellency Ali Yiahia, the new ambassador of Israel in Greece, visited the JMG. After being taken on a tour of the Museum’s exhibition areas and being informed about its educational and cultural activities, Mr Yiahia met the members of the JMG’s Board of Directors and the Board of Directors of the Association of Friends and discussed suggestions, ideas and areas of common interest. On 27th March 2006, officials from the U.S. Embassy to Athens visited the JMG.

On 1st March 2006 a guided tour was arranged for the First Secretaries of foreign embassies in Athens at the suggestion of Sylvia Barouch Berladski, First Secretary of the Embassy of Israel. The tour was followed by cocktails in the JMG library.

On 14th February 2006, Mrs Gilla Katsav, wife of the President of Israel, visited the JMG while accompanying her husband on an official visit to Greece. 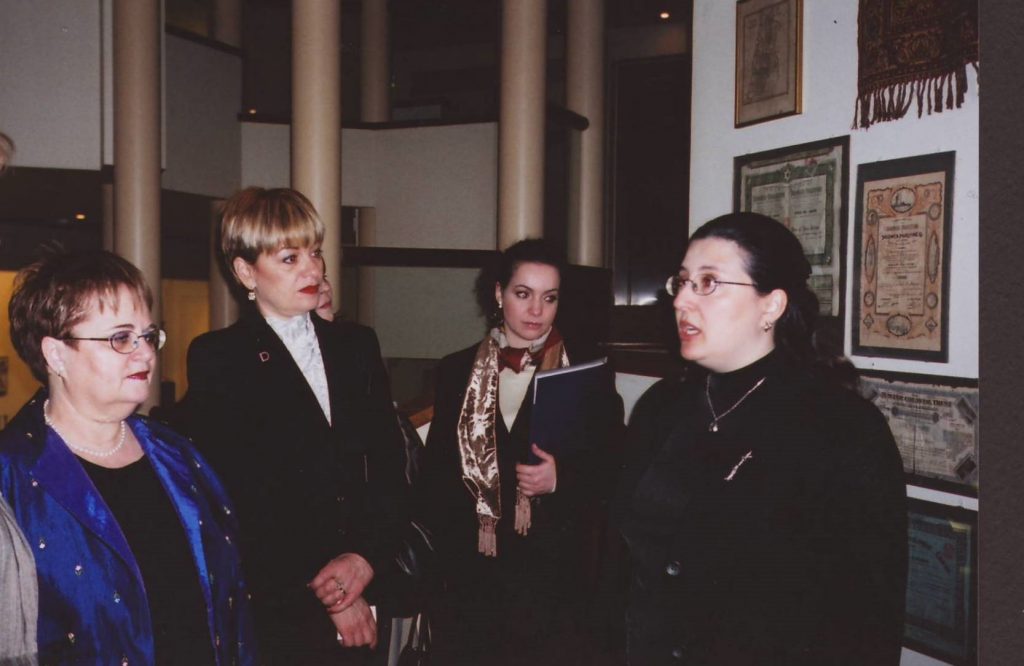 On 31st January 2006, after taking part in the National Holocaust Remembrance Day 2006 ceremony, Academician Simone Veil visited the JMG where she was given a guided tour of the exhibition galleries and informed about the Museum’s educational work on the Holocaust.