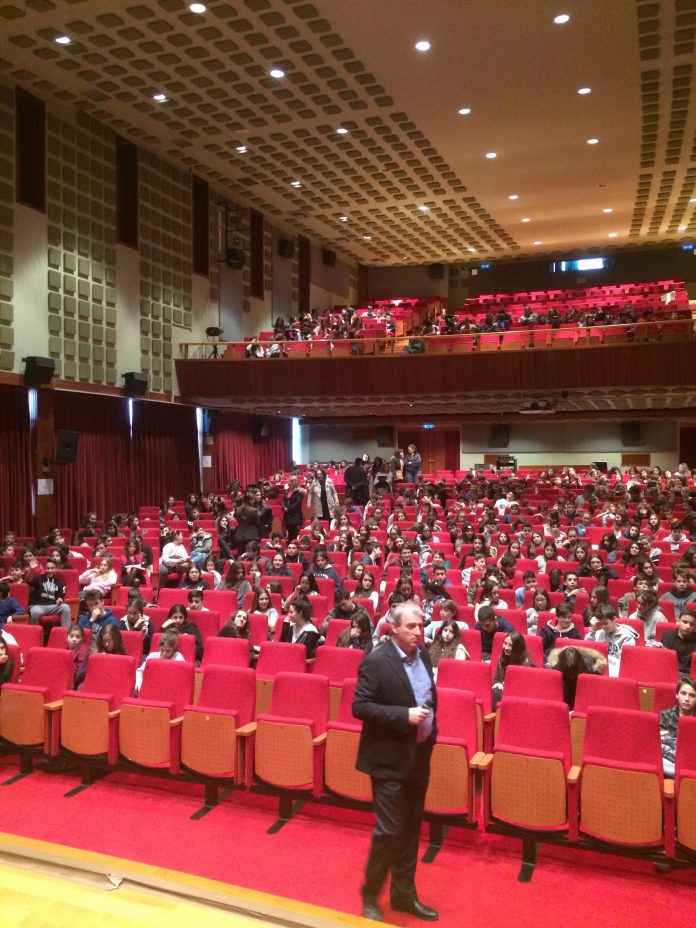 On Thursday, 1 March 2018, Alexandra Patrikiou, a Jewish Museum of Greece (JMG) historian, along with Orietta Treveza, who is responsible for the JMG’s educational programmes, visited the American College of Greece. On the occasion of the International Holocaust Remembrance Day, a brief introduction was made on the Jewish traditions in Greece as well as on the persecution of Greek Jews during the Second World War. This was followed by a screening of the Yad Vashem documentary “May Your Memory Be Love”: The Story of Ovadia Baruch, which follows the deportation of Ovadia, a Thessaloniki native, to Auschwitz concentration camp, where he met a fellow Thessalonian, Aliza Tzarfati, whom he married after the war and emigrated with to Israel. An extensive discussion ensued on the genocide of the Jews during the war with the first-, second- and third-year pupils of the lower high school.