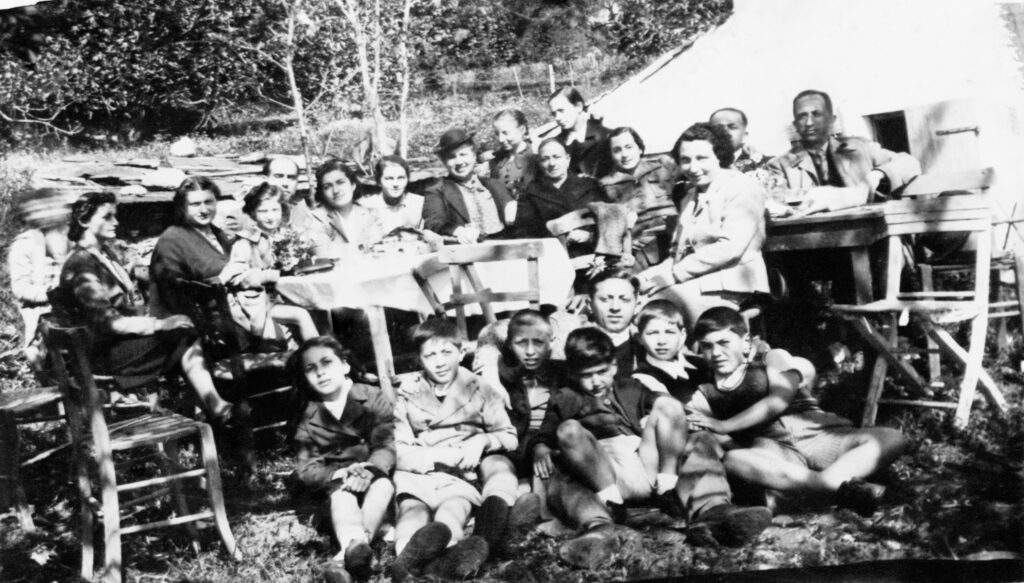 During the Second World War, the Ionian Islands were initially under Italian occupation. After the Italian surrender in 1943, the Germans, having destroyed many historical buildings, including two of the synagogues, the Pugliesa and the Nuova, in its bombing of Corfu town on 13 September, finally occupied the island on 27 September. Although some news of the deportations of their coreligionists had reached it from Thessaloniki, the community did not realise how grave the situation or contact communities outside Corfu to seek a way out due to the continuing animosity between the Greci and Pugliesi.

Delayed for logistical reasons, the deportation of the island’s Jews did not start until 9 June 1944, when all the Jewish families were forced to gather on Army Square. They were then corralled into the Old Fortress, where they were made to surrender all their valuables, as well as the keys to their houses, which were plundered the very same day. Indicative of the prevailing mood was the local authorities “greeting” the expulsion with announcements plastered on the city’s walls. Approximately 200 Jews, mostly women, managed to avoid the German roundup and escaped to villages in the island’s interior.

On 11 June, 300 Jewish women were transported on a towed barge to Igoumenitsa and thence on trucks to Athens. On 14 June, all the Jewish men, together with the rest of the women, were sent, again on barges, to Patras, after a brief stop on the island of Lefkada. From there, a boat took them to Piraeus, whence they were taken to Haidari concentration camp. After a few days there, they were crammed into cattle cars, without any water and just with some onions and beets for food. Thus the 1,800 members of the community reached the Auschwitz-Birkenau extermination camp after a horrible nine-day journey. Straight away, 1,600 of them were sent to the gas chambers and the crematoria, while only 200 were selected for work. Very few of them survived until the end of the war.