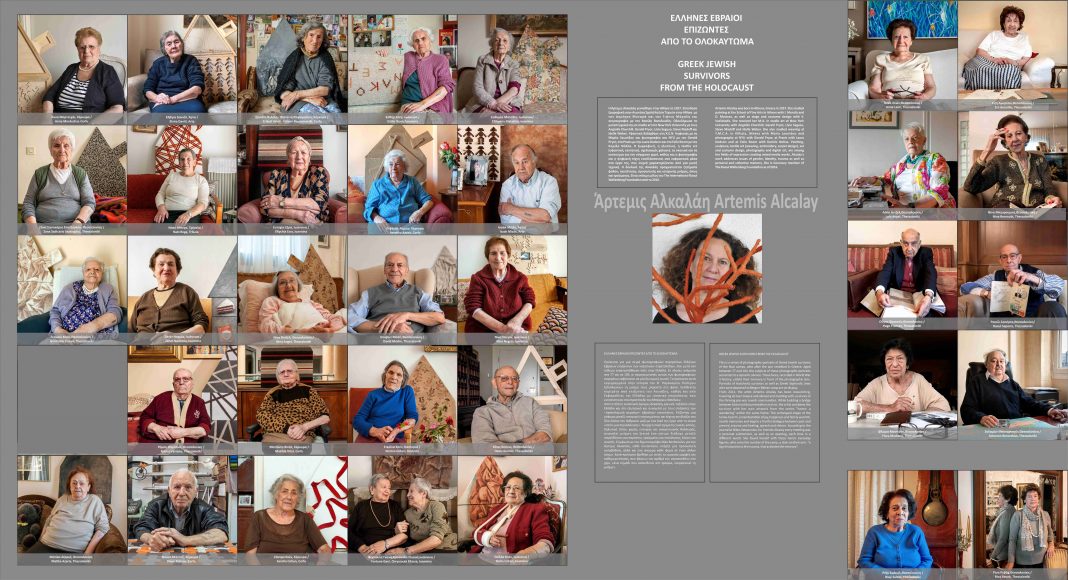 From 2012, the artist Artemis Alcalay has been researching, traveling all over Greece and abroad and meeting with survivors of the thriving pre-war Jewish communities. While building a bridge between historical documentation and art, the artist combines the survivor with her own artwork from the series “home: a wandering” within the same frame. The archetypal shape of the home-hearth, a manifestation of joy, happiness and family warmth, recalls memories and begins a fruitful dialogue between past and present, trauma and healing, speech and silence. According to the journalist Nikos Vatopoulos, for Artemis Alcalay every meeting was a personal submersion, as well as an opening, each time in a different world. She found herself face to face with these heroic everyday figures, who carry the number of the camp, a stain on their arm, “a sign that points to the trauma, that activates the memory”.