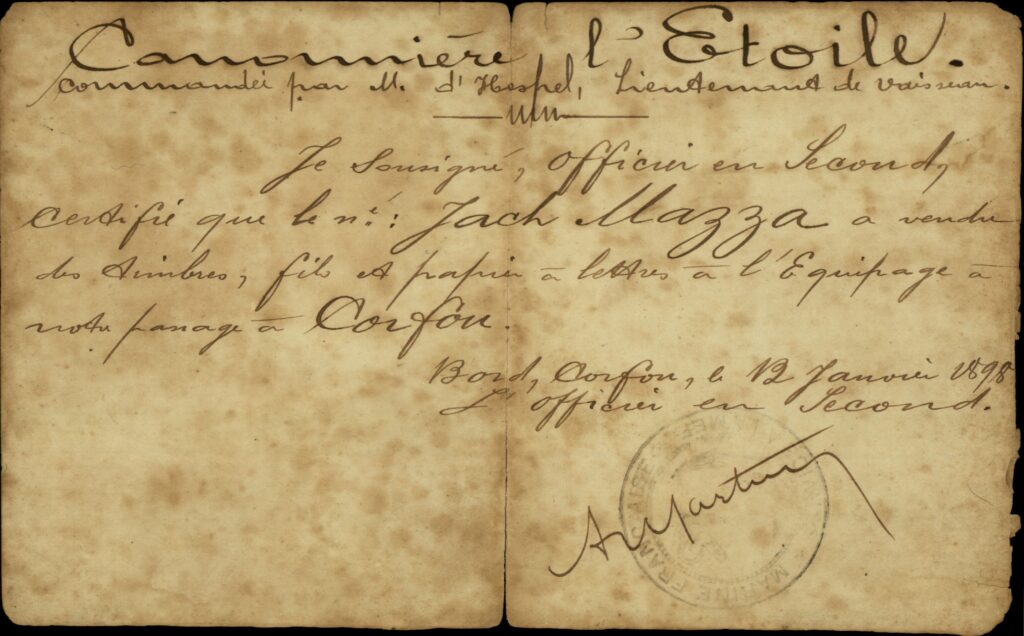 The Jews of Corfu were distinguished by their urban character as well as their professional occupations, which were mainly focused on trade, manufacturing and various financial activities. The majority of Jewish inhabitants of Corfu were traders and artisans. They excelled as export brokers for olive oil and cereals as well in textiles. A unique agricultural product traded through Corfu was the citron fruit (etrogim), used in for the Jewish holiday of Sukkot, which were exported all over Europe. However, unfounded allegations that they were not kosher, coupled with competition from Palestine, contributed to the decline in their export.

Corfiot Jews also established small industries, like the Ferro umbrella factory and the L. Dente varnish factory. Of course, the traditional Jewish occupations of stevedore and silversmith were also common in Corfu. Jews were also successfully active in shipping and shipping insurance. These wealthy traders contributed, with their donations, to the upkeep of the community’s religious and educational institutions while also securing influential administrative positions. Corfu also represented a unique exception in that, contrary to other places where professional restrictions on the Jews existed, its Jews were allowed to practice medicine and the law. Medical training usually started with an apprenticeship to a local physician, before progressing to the University of Padua, from where 30 Jews graduated between 1617 and 1816. Some of them even served as surgeons in the Venetian army.

A number of Jews also served as lawyers. Twice, in 1637 and 1774, the Venetian authorities tried to prohibit Jews from practicing law, but both times the edicts were rescinded. Only during the brief period of British rule was such a prohibition applied: Jews were allowed to appear in court only as “sub-attorneys” (intervenienti).