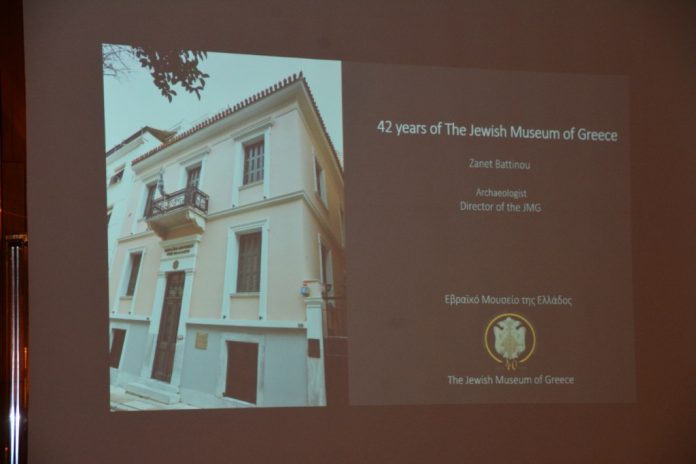 On 29–31 October 2019, the American Friends of the Jewish Museum of Greece (JMG) organised events in New York to mark the launch of Corpus Inscriptionum Judaicarum Graeciae (CIJG): Corpus of Jewish and Hebrew Inscriptions from Mainland and Island Greece (late 4th c. BCE–15th century), a scholarly publication of the JMG.

On Tuesday, 29 October 2019, JMG Director Zanet Battinou and the Chairman of the Board Samuel (Makis) Matsas welcomed the members of the American Friends of the JMG to a broader thematic event, held at Hebrew Union College, which featured selected activities, achievements and programmes of the museum from its 42 years of operation and the new publication of the Corpus Inscriptionum Judaicarum Graeciae (CIJG), which was released in summer 2018.

The following day, Wednesday, 30 October 2019, at the invitation of the American Friends of the JMG, the central event for the presentation of the museum’s scholarly publication was held at the Institute for the Study of the Ancient World (ISAW) of New York University. The JMG director spoke of the importance of the publication while the board chairman also gave a short address. The keynote speaker of the evening was Steven Fine, professor of Jewish history at Yeshiva University, who addressed the topic of “Jews and Samaritans in the Aegean Basin in Roman Antiquity”.

On the occasion of these events and the presence in New York of the chairman, director and board members of the JMG, the new Archbishop of America Elpidophoros held a dinner at the Greek Orthodox Archdiocese of America in honour of the Greek Jewish cultural tradition. Guests from the local Greek community as well as representatives from New York University and the ISAW were present.