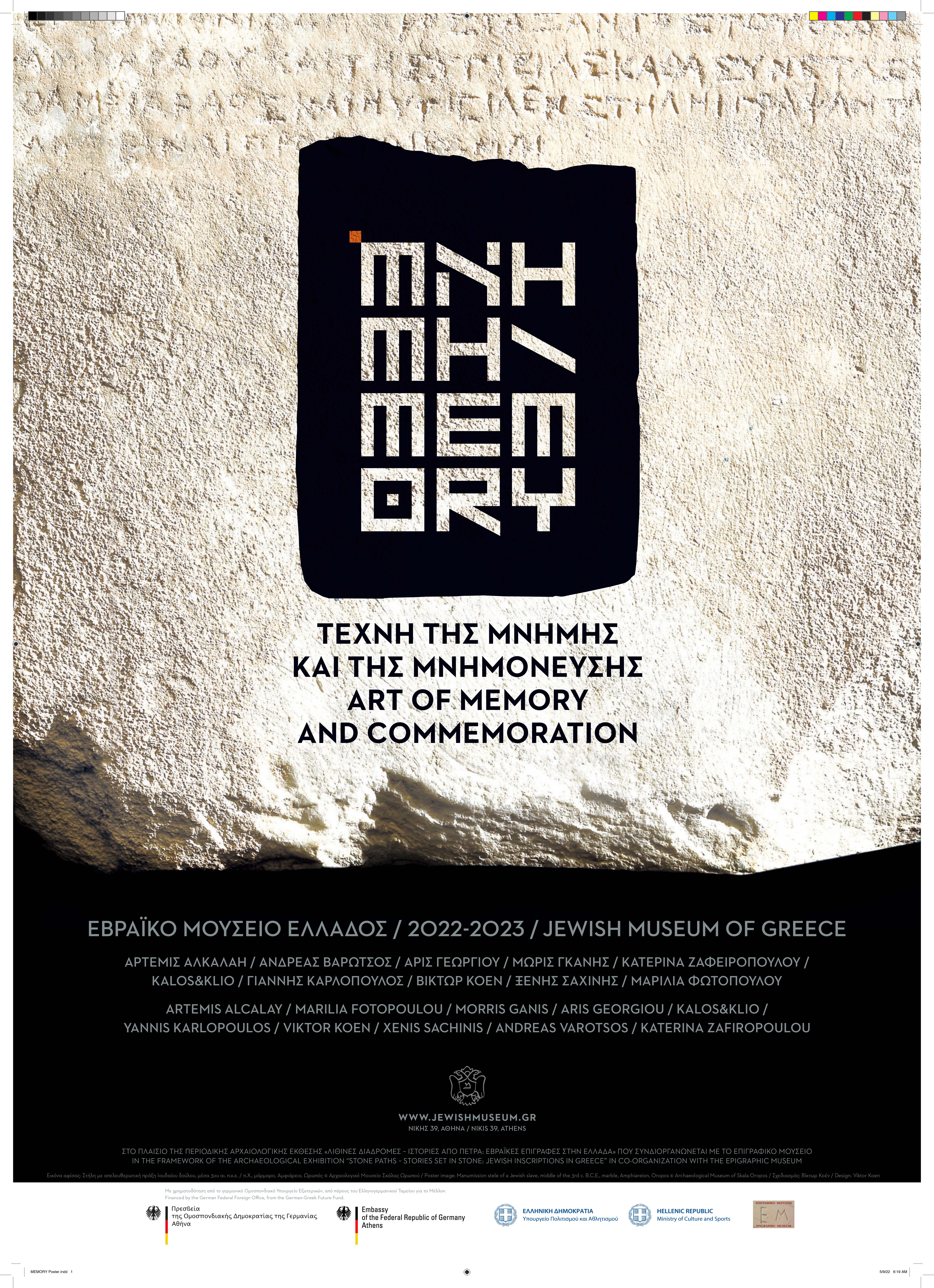 The Jewish Museum of Greece (JMG) is pleased to announce a new temporary exhibition, entitled “Stone Paths – Stories Set in Stone: Jewish Inscriptions in Greece”, which it is co-organising and co-hosting with the Epigraphic Museum and with the support of the Ministry of Culture and Sports and its Services. The exhibition is financed by the German Federal Foreign Office, from the Greek-German Future Fund. The exhibition, which will be on show in the temporary exhibition halls of the two museums, will be inaugurated on Monday, 16 May 2022, and runs until the end of February 2023.

An integral part of the joint enterprise is an art exhibition, “Art of Memory and Commemoration”, curated by Viktor Koen, to be held at the Jewish Museum of Greece, which proposes a new reading of archaeological material through the contemporary gaze of ten artists from the world of the fine and applied arts. It presents an initial attempt to communicate with the specific remnants of a bygone world that usually lie disconnected from their historical and natural contexts. The treatment of ancient inscriptions as an early form of design requires the involvement of artists from a wide range of art forms but also creators from the field of design: font designer Yannis Karlopoulos, industrial designer Andreas Varotsos, artists Artemis Alcalay, Xenis Sachinis and Katerina Zafeiropoulou, artist duo Kalos & Klio and photographers Aris Georgiou and Marilia Fotopoulou have ensured a wide range of styles and results. The exhibition is completed by a painting by Morris Ganis (1973–2019) that bridges this world with the “other”. The exhibition is accompanied by a bilingual catalogue and special educational programmes for school groups.

The exhibition was inspired by the publication of the academic volume Corpus Inscriptionum Judaicarum Graeciae: Corpus of Jewish and Hebrew Inscriptions from Mainland and Island Greece (Late 4th c. BCE–15th Century), which collects and presents 108 epigraphic items of Jewish interest that are located in Greek territory. The epigraphic corpus was awarded a prize by the Academy of Athens in December 2019. The aim of the joint exhibition is to highlight and showcase selected items of the historical and archaeological evidence of the Jews of Greece (mainly from the late 4th BCE to the 15th century). The information this evidence contains allows us to reconstruct aspects of one of the oldest religious and cultural communities in Europe while it also reveals the multicultural past of the country.

The art exhibition is dedicated to the memory of Morris Ganis, who died before his time.