On Friday 2nd December 2016,  the President of the Jewish Museum of Greece, Mr. Samuel Matsas and the Ambassador of the Federal Republic of Germany in Athens, Dr. Peter Schoof, signed an agreement on a new three–year long proposed program, which is a further step in the cooperation of the Jewish Museum of Greece with the Embassy. The Embassy has successfully encouraged the work of the Museum on Holocaust education. Οn Thursday 27th October, 2016, Mr. Solomon Asser, President of the American Friends of the Jewish Museum of Greece attended the 6th Annual OXI DAY Annual Celebration, where the President of the Jewish Museum of Greece (JMG) was honored with The Metropolitan Chrysostomos Award: “For his lifelong commitment to combatting anti-Semitism, discrimination and intolerance and for his efforts to forge strong bonds between the Jewish and the Greek Peoples.” On Tuesday 25th October 2016, the Consulate General of Greece in New York invited people to attend an even in the framework of the inauguration of the exhibition “Synagonistis: Greek Jews in the National Resistance”. On Wednesday 1st June, 2016, the American Friends of The Jewish Museum of Greece (AFJMG) and the Jewish Museum of Greece bestowed The DAMASKINOS AWARD to the Honorable Yiannis Boutaris, Mayor of Thessaloniki in a ceremony at Hebrew Union College-Jewish Institute of Religion, in New York City.  The DAMASKINOS AWARD was established by AFJMG to recognize prominent public figures for actions and initiatives serving to build relationships of trust and cooperation, tolerance and respect between the Jews and Christians in USA and Greece. The first recipient of this prestigious award was Archbishop Demetrios, Geron of America, Primate of the Greek Orthodox Church in America. The second DAMASKINOS AWARD honored the Mayor of Thessaloniki – a city and a name that, more than many others resonates in Jewish hearts as Salonica, the place, for many centuries known as “la madre de Israel” and “Jerusalem of the Balkans”. 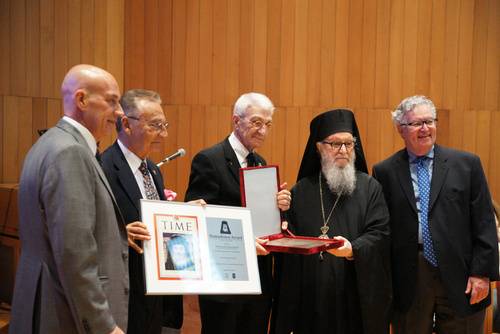 On Friday May 6, 2016, took place the inauguration the photo exhibition RIGHTEOUS AMONG NATIONS. The exhibition was realised in the framework of the Romanian Chairmanship of the International Holocaust Remembrance Alliance (IHRA), and presents the stories of 9 out of 105 Romanians identified so far, who bravely put their lives on the line during the Holocaust years to shelter Jews and save their lives.  As a consequence of their courage, these people received the title of Righteous Among Nations, a recognition awarded by the Yad Vashem Institute in Jerusalem as a token of appreciation for outstanding contributions to saving Jewish lives and to upholding democratic values in times of crisis. The exhibition was hosted at the JMG until 19th May, 2016 and afterwards it was shown in Larissa at the Diachronic Museum, on May 21-29. 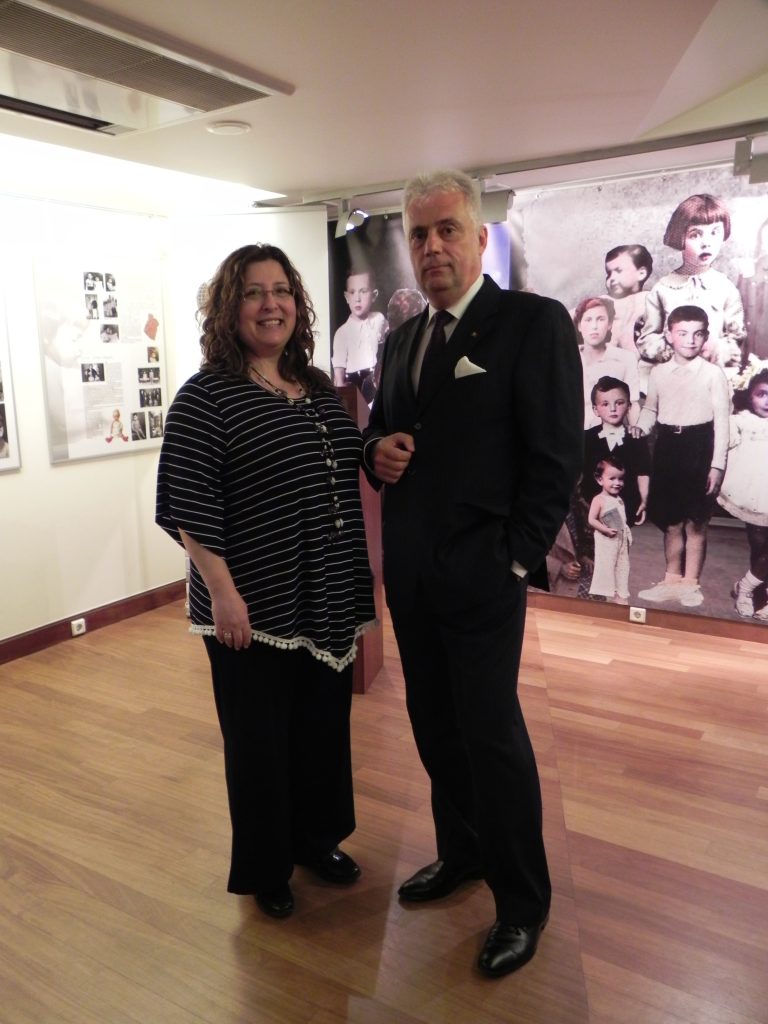 The Jewish Museum of Greece participated for one more year at the OPEN HOUSE project on Friday 15th & Sunday 17th April 2016. Open House is one of the most important global institutions for the promotion of architecture. The idea began at London in 1992 and until today it has spread to many cities around the globe. The Open House project invites the public to explore and understand the value of architecture. Every year for one weekend, private and public buildings open their gates to everyone for free and the city is transformed to a big museum, with its buildings and architecture being the exhibits. Open House in Athens takes place every spring and this year, for the third time, during 15-17 of April. On Wednesday 9th March 2016, at 19:00, the Jewish Museum of Greece and the Cervantes Institute organized a round table conversation on the topic of art as social, research and educational project, based on Artemis Alcalay’s exhibition of photographs entitled Greek Jews, Holocaust survivors, a visual narrative. The art Istorian Evgenia Alexaki and the artist analyzed the possibilities of the artistic expression as social, research but also educational tool. The event took place at the Cervantes Institute. 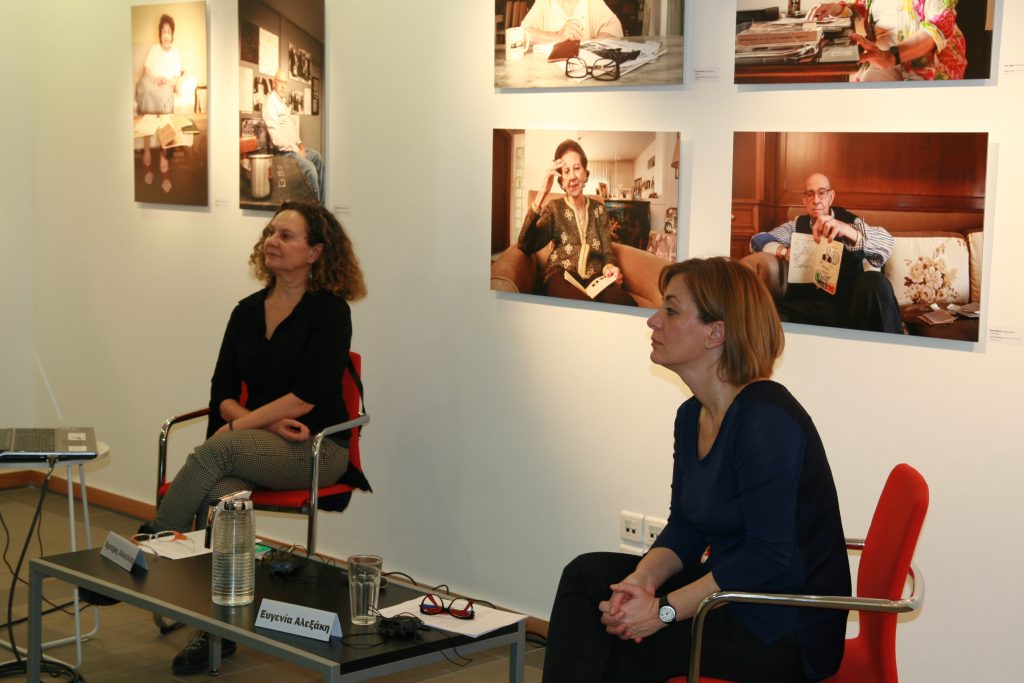 On Monday 1st February 2016, the Jewish Museum of Greece organized an event to honor its Great Benefactor, Allegra – Candy Saltiel, in recognition of her timeless, constant and valuable contribution to the Museum’s work. Mrs. Saltiel, obviously moved by the warm atmosphere of the event, thanked Mr. Matsas, the Board of Directors and the Museum as well as all the Friends for attending the event and accepted the honorary plaque that was awarded to her with great pleasure. The beautiful evening ended with the reception that followed. 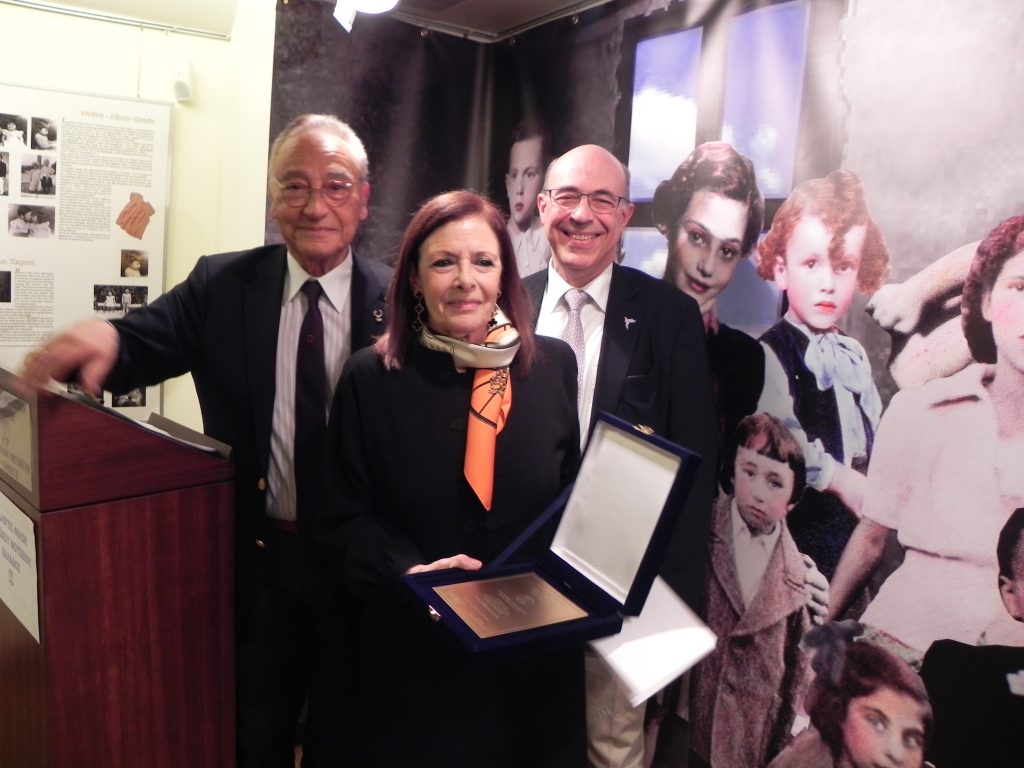 On the occasion of the International Holocaust Memorial Day (27th January), the Prefecture of Attica and the Jewish Community of Athens organized a ceremony at the “THEATRON” cultural center of “Ellinikos Cosmos”, on Wednesday 27th January 2016. The Jewish Museum of Greece presented at the foyer of the theatre exhibition related to the Holocaust of the Greek Jews focused on stories of Saviors and Righteous among the Nations. 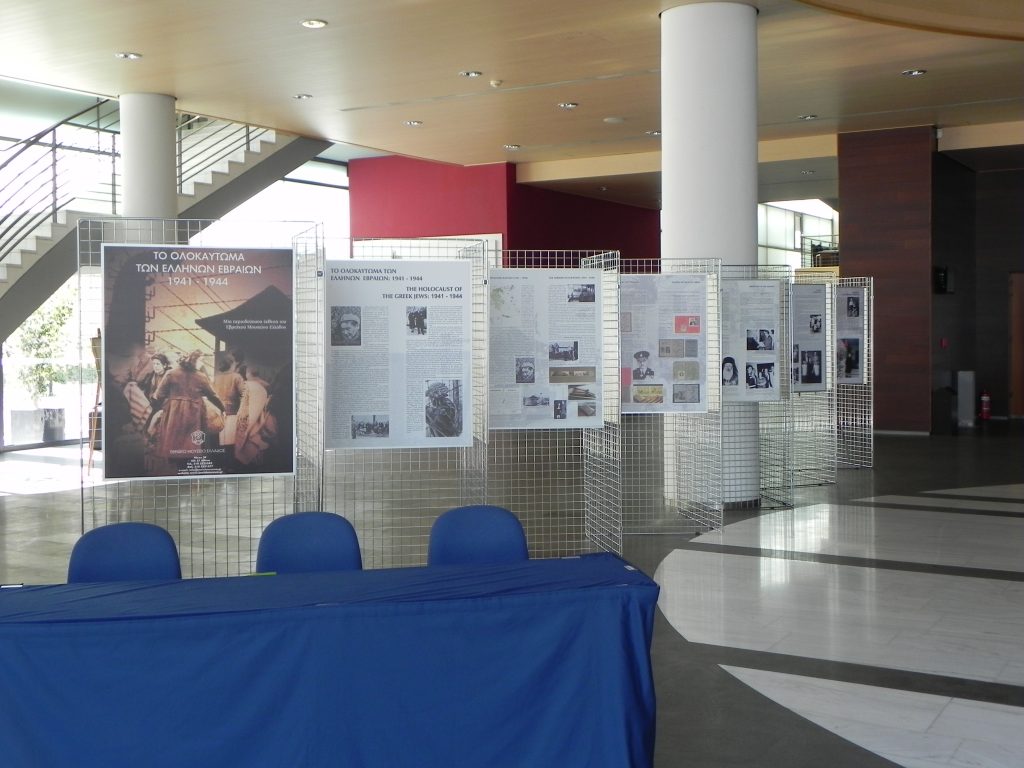 On Monday 25th January 2016, within the framework of the National Holocaust Remembrance Day (27.01.2016), the Jewish Museum of Greece presented the periodic exhibition “Hidden Children in Occupied Greece”. Many hidden children attended the opening accompanied by members of their families, and all of them were deeply moved when seeing their childhood photographs and the stories of those who suffered, posted on the museum walls. 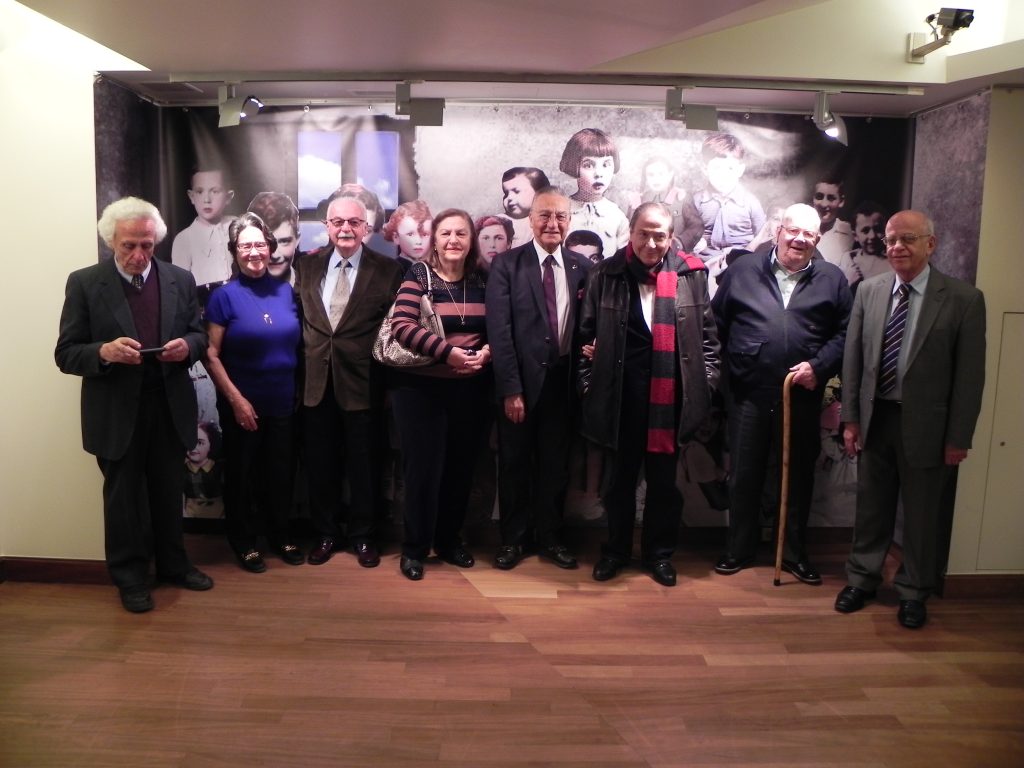